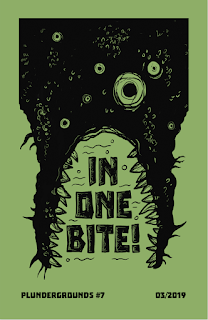 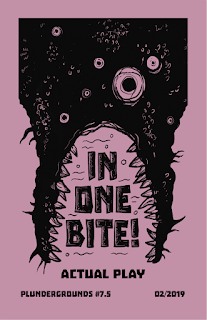 Plundergrounds 7.5: In One Bite - Actual Play

No you didn't miss #7! It will come out next month. Issue 7 will be a con scenario, a bio-dungeon, a teaching zine that helps Dungeon World GM's run the game, and more!

Issue 7.5 is an actual play record of the first time I ran the material that will appear in issue 7.

Tell your friends about it, because it's free.

* As always, the booklet is ready to print. Settings should be US Letter, landscape, double-sided, short edge binding. 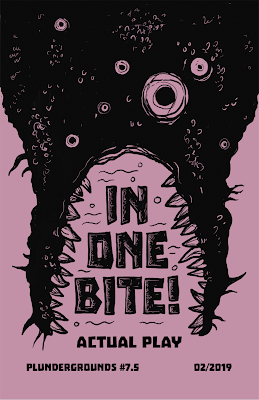 Email ThisBlogThis!Share to TwitterShare to FacebookShare to Pinterest
Labels: Zines

Books & Bullets is a Cthulhu adventure game that shoots the line of complexity between Trail of Cthulhu and Cthulhu Dark, and which avoids the Insanity death spiral without taking the sting out of the Lovecraftian horror.

This game is FREE to everyone and released under the CC-BY-NC-SA license. You are encouraged to link others here to get the game. 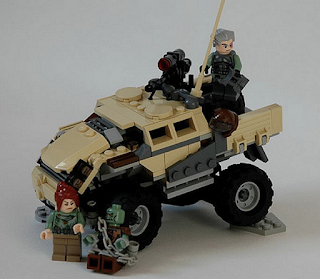 This 32 page zine compiles all the extra materials for Plundergrounds released to date, with revisions and lots of new content.

Plundergrounds is a series of theme-forward zines devoted to Dungeon World adventures. Each 24-page issue features a new and different setting with enough content to keep a group of players happy for 1-5 sessions.

Character death is a part of Dungeon World and the Last Breath move is one of the game’s signature elements. But what if death were the focus of a session or three? What terrible purpose would cause characters to journey in Death’s realm? What strange things lie beyond the Black Gate? How would they escape Death’s greedy clutches?

Journeys into the underworld are as old as literature, literally. Gilgamesh enters the land of the dead hoping to bring back the secret of immortality. Odysseus, desperate for advice, sailed to the edge and poured out libations to the seer Tiresias. Finding himself lost in the dark valley, Danté navigated the rings of hell to find a way back out. And those are just a few stories from Western culture. Look up Yudhishthira, Izanagi and Izanami, the hero twins of the Maya, Kaknu, and King Gesar!

“Appendix N” works for this issue are:

The Earthsea Trilogy (books, 1968-72), Ursula K. Le Guin. In Earthsea, dead spirits go to a dark valley under strange stars. That was my starting point.

City of the Singing Flame (short story, 1931), Clark Ashton Smith. I have always loved stories about magic portals and this story haunts me with its alluring, immolating column.

The Passing of the Grey Company (chapter in Return of the King, 1955), J. R. R. Tolkien. The tone of Aragorn’s ride to call out the oath breakers is so freaking awesome!

What You Carry (200 word RPG, 2017), Evey Lockhart. First line: “Awaken and fall through the bottom of your grave.” It’s amazing; read it and others at https://200wordrpg.github.io.


To purchase this issue, visit the Plundergrounds Back Issues page.